FlexiSPY vs. Mobile Spy Android
Which Is The Best For Spying on Viber?

Mobile Spy recently updated its spy phone software to support more IM services being captured. You can read more about how it performed here but, in the meantime, Mobile Spy, when compared to FlexiSPY still loses out in terms of quantity and quality when it comes to IM capture. FlexiSPY comes out on top when it comes to capturing the number of IM services with 12 across all support smartphone platforms. Mobile Spy pales in comparison offering only 10 which drastically reduces to just 3 on Android – which does not include Viber.

Whilst FlexiSPY does include Viber capturing on Android as well as capturing 7 other IM services on Android which gives FlexiSPY the starting advantage.

FlexiSPY already has an advantage over Mobile Spy for offering Viber capturing where Mobile Spy has none so the question remains just how well does FlexiSPY capture Viber?

In the screenshot here of FlexiSPY capturing Viber, you can see that FlexiSPY successfully captures both the text of the Viber conversation and the shared rich media (images, video, audio etc.). Boosting that FlexiSPY makes the captured Viber data easy to understand and follow by presenting it as close as possible to how it is displayed on the actual TARGET device inside the FlexiSPY online dashboard.

FlexiSPY provides the best coverage for spying on Viber

If you are looking for Viber IM capturing in the spyphone software that you purchase then FlexiSPY is the better choice. Not only does FlexiSPY capture Viber when Mobile Spy doesn’t but it also makes sure as much of the rich media that is shared inside the Viber conversation is captured because capturing just the text alone is no longer enough.

A single image or video can convey more emotion in a chat than mere text and FlexiSPY understands this by providing the best Viber IM capturing compared to all other spy phone software that has currently been tested.

To see why FlexiSPY offers the best features and compatibility for IM capturing take a look at the table below which shows which IM services are captured by FlexiSPY on which platforms versus that captured by competitors. 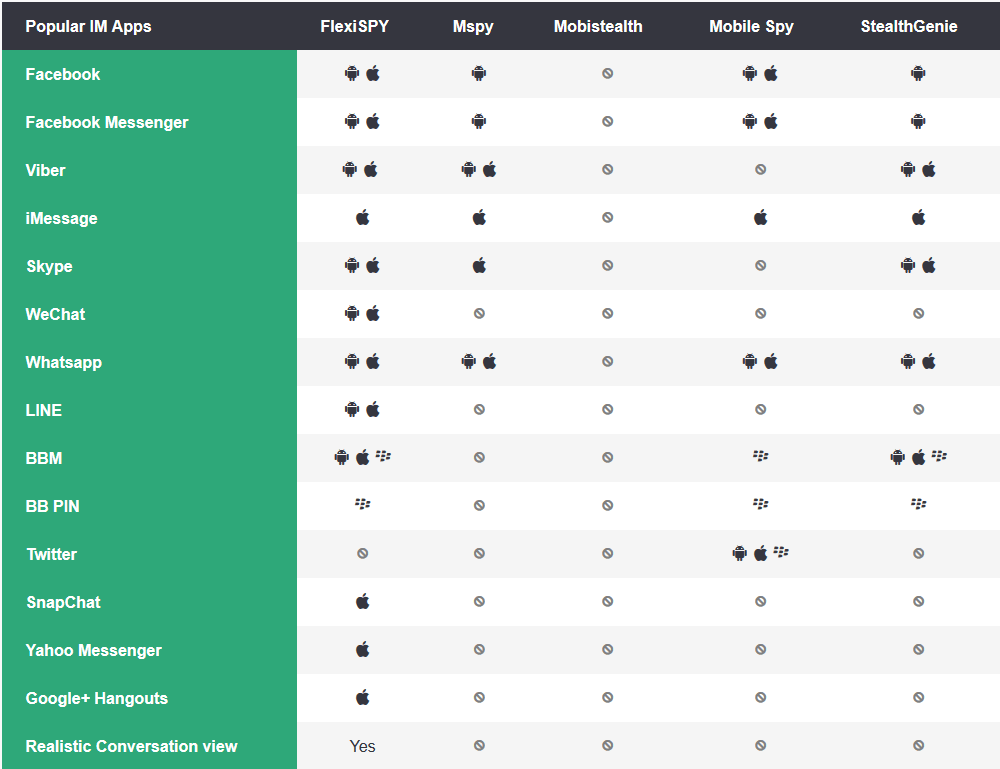